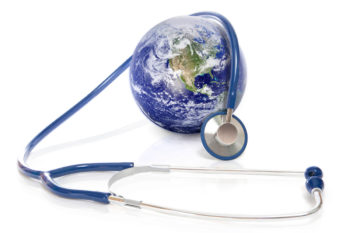 Which Countries Provide the Best Health Care, Hospitals, and Doctors

A visit to France is on every traveler’s list and it’s not just for the country’s charm. It’s also good for your health! As we are often asked which are the healthiest countries to live in, we thought the following would be a helpful guide. The World Health Organization has rated France as having the most efficient health care program in the world. Coming close behind to round out the top 10 list:

Countries with the Most Doctors and Nurses

When you need a doctor, you NEED a doctor. But in some countries, they’re in greater supply than others. Qatar has the highest number of doctors per capita, with just over 77 doctors per 10,000 citizens. For a small country, they are thinking about big improvements in their health care system. Filling out the top 10 list are Cuba, Austria, Russia, Georgia, Lithuania, Italy, Switzerland, Germany, and Bulgaria.

When it comes to nurses, nobody can beat Ireland. It has just over 15 nurses per 1,000 members of the population. Following in their footsteps are Norway, Finland, Netherlands, Iceland, United Kingdom, Belarus, Switzerland, Denmark, and Sweden.

It’s not very often that a hospital has a brand name recognition on par with celebrities but Johns Hopkins Hospital in Baltimore has been the top-ranked global hospital for 20 years. For children, London’s Great Ormond Street Hospital tops the list. It was the very first pediatric hospital in the world when it opened in 1852. It retains its fantastic facilities in part because it receives the royalties to Peter Pan (the play).

As you might expect, many of these hospitals are located in the USA. Some may ask why the USA is not included in many of the top 10 lists of healthiest countries. Although there are great hospitals in the USA, often they are hard to get access to. Access to quality care and cost of care are two areas where the USA falls behind most other countries pushing it further down these lists.

According to Webometrics, here is a list of the top 10 hospitals in the world:

Healthiest Countries to Live In

It’s no surprise that many of the countries already mentioned have earned a place on the top 10 healthiest countries to live in list. The rankings take into account everything from life expectancy to smoking rates to immunization levels. In USA Today’s research, Qatar came in first – with a high number of doctors per capita no doubt playing a big part in its results. Norway, Switzerland, Luxemburg, and Japan were close behind. Iceland, Austria, Singapore, Sweden, and Australia rounded out the top 10.

A different set of criteria is used to calculate the countries that enjoy the highest standards of living in the world. Healthcare is a very important consideration but other factors such as social spending, affordable housing, education, and tolerance are also part of the equation. From this perspective, Finland cannot be beaten. Joining it in the top 10 are Canada, Denmark, Australia, Switzerland, Sweden, Norway, Netherlands, United Kingdom, and (tied) Iceland and New Zealand. Finland was also ranked as the world’s happiest country in 2018 – clearly, they know a lot about living life to the fullest! Is it on your travel bucket list?

Do you need medical insurance in any of these countries? Read: