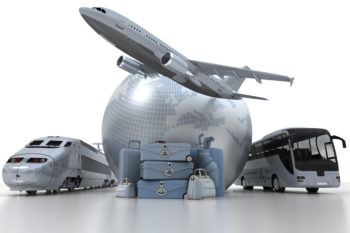 North America is the third-largest continent. It includes Central America, Mexico, the United States, and Canada. There are seven continents in total, and Asia has the greatest population, or most people living there. Next is Africa, then Europe. North America has the fourth-most people. Paleo-Indians were the first people to populate this continent. They lived on the continent before Christopher Columbus arrived in 1492. Once news spread to Europe about the land, people began migrating heavily. Today, citizens of these countries descend from many different countries.

Many people use the words “North America” in different ways. Some people do not refer to Central America as being part of the North American continent. Others may refer only to Canada and the United States. Some people debate whether certain countries are part of North, Central or South America. The term “the Americas” refers to both North and South America.

The Isthmus of Panama, which lies between the Caribbean Sea and the Pacific Ocean, connects North and South America. North America stretches from Panama north to the northernmost reaches of Canada, bordering the Arctic Ocean, and also includes many islands. It is bounded on the west by the Pacific and on the east by the Atlantic Ocean.

Читайте также:  How Much Does Healthcare Cost in the USA

Because the continent is large, it has different climates and landscapes. Central America, Mexico, and the southern United States are hot and tropical. Canada, Alaska, and the northern part of the United States experience very cold temperatures. Many of the continent’s islands are tropical and warm.

Related: Health, Safety and Travel Insurance Advice for Travel to the USA

Leif Erickson was the first European to discover the Americas. Christopher Columbus believed he found the East Indies in 1492, nearly 500 years later. But it wasn’t until explorer Amerigo Vespucci reached the land that North America would have its name. Once Europe heard of Amerigo Vespucci’s discoveries, settlers began exploring North America as the “New World.”

Before this time, Paleo-Indians lived in every region of North, Central, and South America. When settlers explored the land, they took it by force. Settlers fought other settlers in wars to claim land, and many native people died as the settlers took over. Some notable wars that helped shape North America include the American Revolution, the War of 1812, King Philip’s War, the Mexican American War, the Spanish American War, the War of Texas Independence, and the Franco-American War. Other wars include King William’s War, the Barbary Wars, the Cherokee War, the French and Indian War (also known as the Seven Years War), Queen Anne’s War, and King George’s War. North America’s geography helped determine where wars occurred; battles were often fought along borders or near ports or strategic waterways. Geography helped to shape history.

When someone visits, they can encounter different languages or dialects. North America has different cultural regions based upon the cultures that settled there. The French settled in parts of Canada, and today, some Canadians speak French. The Spanish settled in Mexico, and the Spanish influence is seen. Different types of architecture are found throughout the continent, and you may see European, German or Spanish influence in the style. In the United States, you might find areas with a particularly vibrant Italian, Irish, Polish, or German culture, for example, based on where a region’s settlers mostly came from. But every region in North America was once settled by Paleo-Indians, and their influence is still seen today. Aztec and Mayan ruins remain in Mexico. Many state and city names and names of rivers throughout the United States are Native American or Paleo-Indian words. The First Nations people, Inuit, and Métis still have a strong presence in modern-day Canada. North America is a large continent with many different customs, cultures, languages, and people.