Warning: "continue" targeting switch is equivalent to "break". Did you mean to use "continue 2"? in /home/ab258440/sante.insure/www/wp-content/plugins/revslider/includes/operations.class.php on line 2858

Warning: "continue" targeting switch is equivalent to "break". Did you mean to use "continue 2"? in /home/ab258440/sante.insure/www/wp-content/plugins/revslider/includes/operations.class.php on line 2862

Warning: "continue" targeting switch is equivalent to "break". Did you mean to use "continue 2"? in /home/ab258440/sante.insure/www/wp-content/plugins/revslider/includes/output.class.php on line 3708 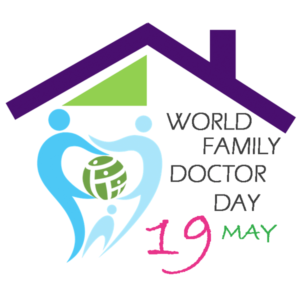 Seeking medical care when abroad can sometimes be a daunting and scary task, but rest assured that the United States is not the only country in the world with highly qualified doctors – and investing in the right travel medical insurance can give you access to the best doctors anywhere in the world.

As Americans, we are accustomed to having some of the world’s best medical doctors right outside our front doors. Every year on March 30th it is National Doctors Day in the United States, a day designated in 1990 by President George H.W. Bush to celebrate the achievements of American medical doctors. The United States is not the only country that commemorates doctors, which is a kind reminder that medical knowledge and the promotion of good health is an international sentiment.

The countries of Argentina, Spain and Cuba celebrate the birth of one of the finest Spanish-speaking doctors in the world: Carlos Juan Finlay, a Cuban epidemiologist, credited with identifying the mosquito as the carrier of yellow fever. Dr. Finlay was born December 3, 1833 and practiced medicine in Matanzas and Havana, Cuba. Although it took some persistent persuading, Dr. Finlay’s discovery eventually led to the abolition of yellow fever and the saving of innumerable lives throughout the Caribbean, South America, Africa, and the United States. In addition to having a day designated in his honor, Finlay was also honored with a memorial, El Obelisco in Havana, Cuba; and there is also a medical history museum in downtown Old Havana that honors his accomplishments.

To our north, the country of Canada also has a long history of extraordinary medical doctors. Sir Frederick Banting, together with his assistant, Dr. Charles Best, discovered insulin – a medicine that continues to be used in the treatment of Diabetes. Dr. Norman Bethune is noted for his numerous surgical advancements in the area of tuberculosis, and Dr. William Osler was one of the four founding medical professors of the renowned medical teaching and research hospital: John Hopkins.

In India, July 1st commemorates one of that country’s most famous physicians: Dr. Bidhan Chandra Roy who was born on July 1, 1882, at Bankipore in Patna in Bihar. Among many other accomplishments, Dr. Roy was a well-known physician, educator, as well as the Chief Minister of West Bengal, and leader of the Indian National Congress.

Each year on February 27th, Vietnam celebrates Vietnamese Doctors Day in recognition of medical professionals devoted to improving their public health care. Since 1955, every year on this date, numerous events have been held to commemorate medical doctors in Vietnam, including government supported conferences and special receptions. In recent years the day has become even more significant; in 2010 the Ministry of Health of Vietnam implemented a five-year plan that focused on developing that country’s health information system, resources and infrastructure with the goal of supporting and equipping future physicians with leading skills and knowledge. Hanoi Medical University in Hanoi, Vietnam continues to lead the way in improving medical education in that country.

In the country of Iran, Avicenna’s birthday, born August 23 980 CE, is marked as their National Doctors Day. A polymath, Avicenna wrote numerous works, including 40 medical publications. His most famous works, The Book of Healing and The Canon of Medicine, served as standard medical texts at many medieval universities that remained in use for centuries. Iran’s doctors are still known to be leaders in the medical profession and the Day now honors top doctors and physicians who continue to contribute to the betterment of Iran’s national health.

Each September 28th in Australia, doctors show their support for their medical colleagues by making a donation to Medecins Sans Frontieres (MSF), an international medical humanitarian organization that delivers emergency aid worldwide to people in need. On this day, doctors and other health professionals are encouraged to help medical professionals who are volunteering around the world by donating a day’s pay to provide emergency medical relief in trouble spots.

As you can see, quality international medical care and research is nothing new. The commemoration of past, present and even future medical doctors around the world fulfills a need and desire to show doctors and other medical professionals how invaluable their research, day-to-day work and treatments are to us. These celebrations also show us that the advancement of medical care is an international responsibility.

Even though the world is filled with great doctors, it’s still the responsibility of the patient, regardless of where they are in the world, to find a qualified doctor abroad and make necessary judgment calls when it comes to their personal healthcare needs. Even the most respected of medical professionals have probably made a mistake or two (as all humans do), so it is important to ensure that you are properly insured against medical emergencies – especially while traveling abroad.

Читайте также:  8 Ways to Save Money and Study Abroad

The best travel medical plans not only include the freedom to seek treatment with hospital or doctor of your choice, but also provide:

There are some top-notch international hospitals and medical facilities that with once glance will make your jaw drop just at their size alone – take the Bumrungrad International Hospital in Bangkok, Thailand for example – it is known for its superior medical treatments and reasonable health care costs. When traveling abroad take a moment to see what medical accomplishments doctors and other medical professionals have made in that country and then rest assured that even if there are none, you have the option to invest in quality travel medical insurance that also has your medical needs covered.